The Natural Choice In Reproductive Health.

Doctor-formulated to provide the nutrients most well-known to positively impact sperm count.

Producing healthy sperm in the right amounts requires that the body have all the raw materials it needs. CountBoost contains a variety of vitamins (B12 and C), antioxidants (CoQ10 and Reduced Glutathione), and herbal ingredients (Maca, Mucuna pruriens, Ashwagandha, and Panax ginseng) that are well-known to support sperm count. CountBoost for Men is a dietary supplement designed specifically to improve sperm count – the leading cause of male infertility. CountBoost is not a standalone product, but rather it is designed to be taken along with FertilAid for Men.

CountBoost is designed specifically for men who have a low sperm count. According to the World Health Organization (WHO), low sperm count is defined as a count of less than 20 million sperm per milliliter of ejaculate. 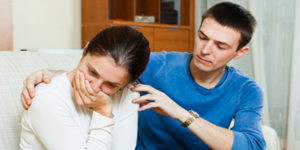 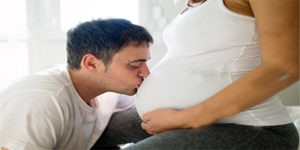 I’m Already Taking FertilAid for Men. Do I Also Need to Take CountBoost?

FertilAid for Men is a comprehensive male fertility enhancing supplement, designed to help increase sperm count and improve sperm motility and morphology. We recommend FertilAid to all trying-to-conceive men to help ensure that the raw materials for healthy sperm production are available to the body, and specific antioxidants are present to help prevent oxidative stress.

If, however, you believe that sperm count is a primary issue, or if you have had a semen analysis (SA) which indicates a low sperm count, you may consider taking CountBoost in conjunction with FertilAid for Men.

What are the Ingredients of Countboost?

Countboost contains a variety of vitamins, antioxidants, and herbal ingredients that have been scientifically demonstrated to improve sperm count.

Coenzyme Q-10 (CoQ10): CoQ10 is an antioxidant found in seminal fluid and seminal plasma. Multiple studies have confirmed that CoQ10 levels correlate closely with sperm count. Most important, research indicates that CoQ10 supplementation results in improved sperm density and motility, and increases the percentage of sperm with normal morphology.

Glutathione: In addition to protecting sperm from free radical damage and improving sperm motility, glutathione is important to ensuring a healthy sperm count. Research has demonstrated that treating infertile men with glutathione resulted in improvement to overall sperm count (as well as cell membrane characteristics).

Vitamin C: Research indicates that increased vitamin C intake is associated with a higher mean sperm count. In one study, vitamin C was supplemented to infertile men between 25 and 35 years of age with decreased sperm count. The men received 1000 mg of vitamin C twice daily for up to two months. The results of the study showed that sperm count (and motility) increased significantly with vitamin C supplementation.

Ashwagandha: Also known as Withania somnifera, ashwagandha has been demonstrated in studies to increase both sperm count and motility. It may also reduce oxidative stress as demonstrated by improvement in seminal plasma levels of antioxidant enzymes, and vitamins A, C, and E.

Maca: Maca is a traditional herb that has been used medicinally for years to enhance fertility and libido. Numerous studies have shown that supplementation with maca improves sperm count, as well as sperm motility, semen volume, and overall sperm quality.

Ribose: Ribose is a five-carbon sugar that provides the necessary substrate for the synthesis of nucleotides RNA and DNA, as well as major cellular components such as ATP. Adequate ribose is essential for energy production, and the availability of ribose determines the rate at which these nucleotides can be made by the cells. Poly-ADP-ribose polymerase (PARP) is a DNA repair enzyme that also plays a role in apoptosis. PARP is present in male germ cells, specifically during stage VII of spermatogenesis. PARP expression is higher in spermatozoa and in proven fertile men. PARP is activated by DNA strand breaks due to oxidative stress, chromatin remodeling, or cell death. High PARP expression has been reported in mature spermatozoa and in proven fertile men.

CountBoost:  has a comprehensive formula that has been clinically demonstrated to increase the total number of sperm a man produces. If you? ve been specifically diagnosed with a low sperm count, however, you may consider adding CountBoost for Men to your daily regimen in order to more aggressively address the sperm count issue.

FORMULATED IN THE USA in our FDA compliant facility that adheres to Good Manufacturing Practices (GMP).

There are no reviews yet.